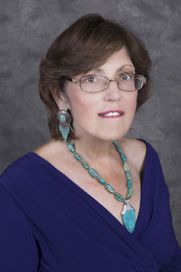 Dr. Martin received her PhD in Medical Ethics and Public Policy from the University of Texas School of Public Health, Houston and was a Joseph P. Kennedy Jr. Fellow in Bioethics (1979-81). The Kennedy Fellowship was part of a unique effort to promote bioethics education among nurse and medical school faculty in the U.S. She received a Master's Degree in Nursing with a minor in Political Science from the University of Texas at Austin (1972) and a BSN from the UTMB School of Nursing, Galveston (1966).

Areas of Research, Teaching, And Clinical Expertise and Scholarship

As an ethicist, Dr. Martin's scholarship has focused extensively on health professionals' roles in helping protect and advance human rights of vulnerable populations including persons with disabilities and with HIV/AIDS. She is internationally recognized for her seminal research during the past decade examining nurses' and physicians' engagement in resistance activities during the Nazi era in Poland, France, Netherlands and other occupied countries. Her findings have underscored health professionals' critical roles in prevention, detection, and response to intolerance, mass violence, and potential genocide with implications for contemporary professionals in an era of escalating global warfare.

This research has been disseminated in in scholarly publications and presentations and will be showcased in a forthcoming photo exhibit featuring nurses and physicians in resistance in selected Holocaust Museums in the US and Europe. Her research has been funded by grants from the National Library of Medicine, Harris & Eliza Kempner Fund, Rebecca Sealy Foundation, Rebecca &Edwin Gale Professorship, and Verbe et Lumiere, Paris, France.

Dr. Martin has been a long-term advocate for children and adults with disabilities and contributed to health care policies through her work with numerous disability organizations and ethics consultation to Advocacy Inc. on a series of disability cases during the past several decades. This included the landmark U.S. Supreme Court case Irving Vs Tatro (1984) which affirmed rights of children with disabilities to receive health care accommodations in schools.

Dr. Martin's teaching career spans 40 years including as a faculty for the past two decades at the UTMB School of Nursing and Graduate School of Biomedical Sciences and previously at the University of Texas at Austin School of Nursing. She was an original member of the task force that developed the PhD program at the SON and has taught in the Program since its inception. She currently teaches a series of graduate courses including the History and Philosophy of Science, Health Care Ethics and Policy, Doctoral Research and a series of Research Practicums and Independent Study courses for PhD students. She is also a frequent guest seminar teacher in the undergraduate and DNP programs as well as in UTMB School of Medicine and in the Research Fellows courses at MD Anderson Cancer Hospital, Houston.

Dr. Martin is a Fellow in the American Academy of Nursing and is an elected member of the University of Texas System Academy of Health Professions. She is a recipient of the Distinguished Rebecca Sealy Alumnae award and Pamela G. Watson Faculty Excellence Award at the UTMB School of Nursing. She has received teaching excellence awards at the UTMB School of Nursing and UT Austin SON as well as from the American Association of University Women. Dr. Martin is an appointed member of the Texas Commission on the Holocaust and Genocide Ethics Committee and serves on the advisory board of the International Holocaust Scholars Association.

UTMB strives to maintain an environment free from discrimination against individuals on the basis of race, color, national origin, sex, age, religion, disability, sexual orientation, gender identity or expression, genetic information, or veteran status. UTMB is committed to equal opportunity for students with disabilities. If you have a documented disability or would like to obtain information regarding services for students with disabilities at UTMB, please contact the Institutional ADA Officer in the Lee Hage Jamail Student Center, Suite 2.118 or at (409) 747-4818.

UTMB continually works to foster community among student veterans, honor their military service and academic contributions, and connect students to various resources, services and programs. Certifying Officials provide guidance on policies and procedures of using veteran education benefits as well as certifications for federal and state benefits. Accommodations, counseling and program specific tutoring is available to students when needed and UTMB has a Veterans Resource Group whose mission is to promote an inclusive university environment for military veterans.

Already know who you are looking for?

NOTE: Some departments should be contacted by email for prompt assistance.

(Tap to call or email)